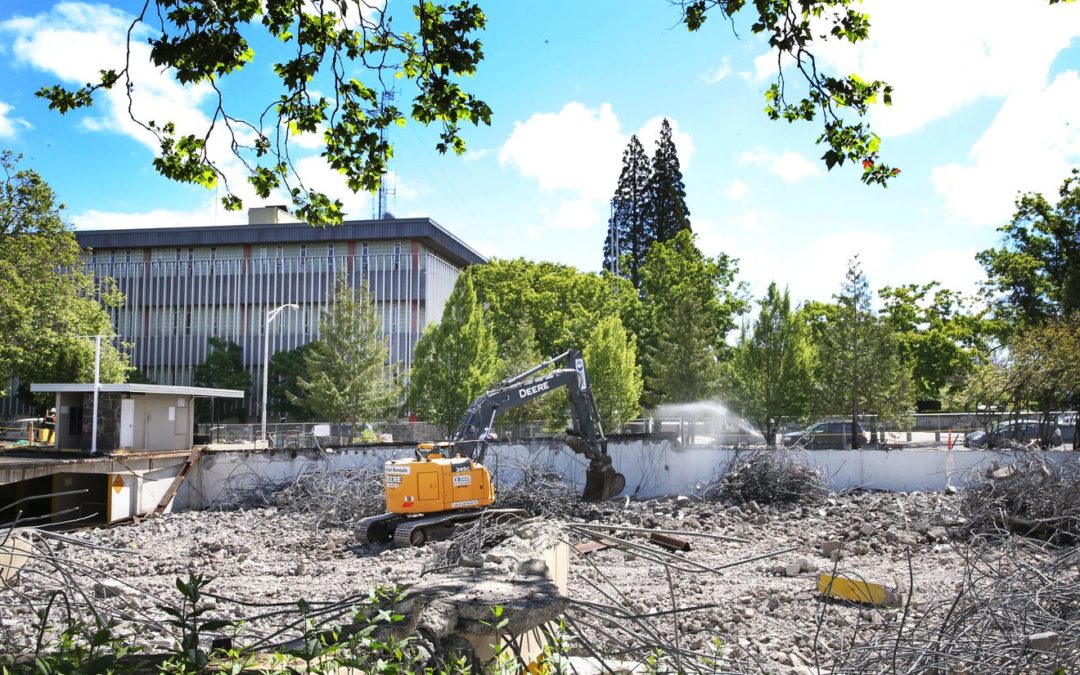 Crews worked on the demolition Friday afternoon of the “butterfly lot” parking area at East Eighth Avenue and Oak Street. The work will make way for the construction of a new permanent, covered building for the Lane County Farmers Market.

The farmers market is operating at its temporary home on Fifth Avenue between Oak and High streets during the construction. Construction of the building is scheduled to begin in August, with an estimated completion date of Feb. 22 next year. 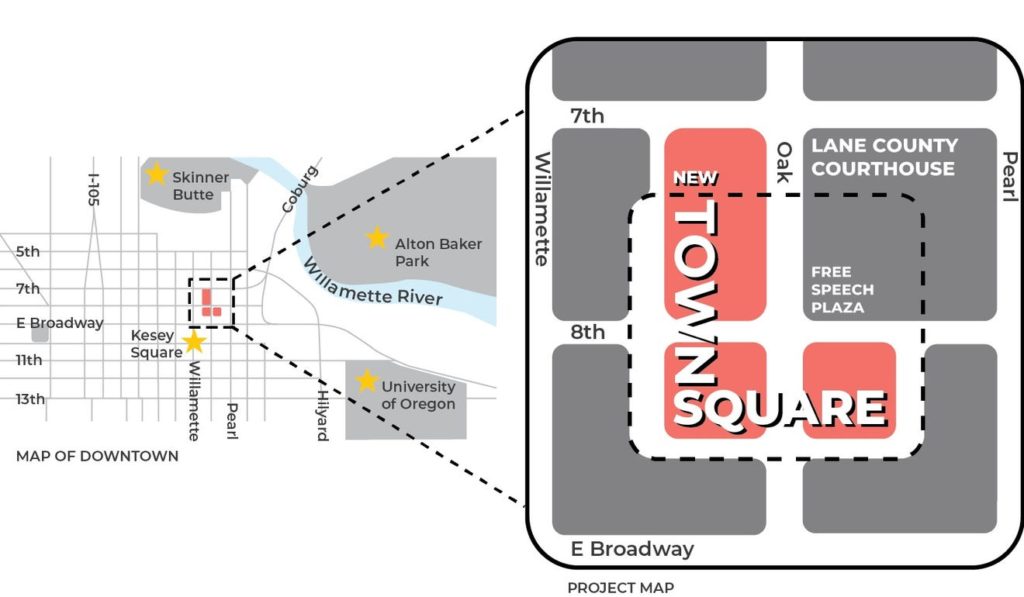 A map of where the areas affected by Eugene Town Square project.

The work is the first phase of the city of Eugene’s Town Square project, which looks to transform two blocks in the heart of Eugene into a civic and recreational hub. When completed, the Eugene Town Square will encompass the blocks between Pearl and Willamette streets and between East Seventh Avenue and East Broadway. Its features will include the new City Hall, improved Park Blocks and a year-round farmers market.